There is something sacred about coming upon a ghost town or seeing the remnants of a long-lost community. It is baring witness to the passage of time and humanity all while seeing the nature of our world. There is no doubt it can be bitter-sweet.  I had such an opportunity last fall while out hiking near Warbler’s Roost and stumbling upon one such ghost town near Rye Road. 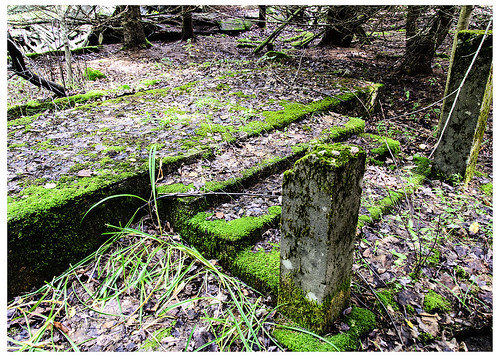 Coming upon abandoned communities brings to mind a certain emptiness, and the fleeting, changing nature of life. Witnessing the presence of a ghost town is a way of witnessing the past, present, and future all at once. For an artist or a writer, boarded-up houses and echoes of the distant past, prove to be teeming with inspiration.

At Warblers Roost, in Lount Township, and in the surrounding area, places like this can be found hidden like precious stones inside the fathomless forest. The veins of trails that run through the area hold many surprises for those who come. Many nearly-forgotten communities and ghost-towns can be found throughout the area. The Old Nipissing Road, known as the Ontario Ghost Trail, is one infamous example. In 1850 the Nipissing Road became a hotspot for pioneers and great lumber companies. Many settlements were created but to this day only four have stood the test of time. The trail is filled with abandoned barns, empty houses, vacant villages, and an expansive ghost town you can discover for yourself. 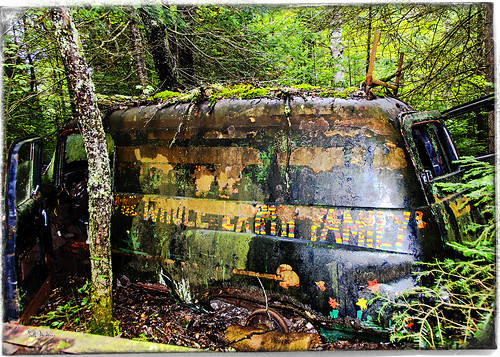 On a smaller scale again just a short ride from Warbler’s Roost, is Frostpocket, a small community set up by Vietnam Draft Dodgers in the 1970s. Notably, it was named Frostpocket due to the heavy frost that spread through the small locale due to its low-lying landscape. Coming upon any ghost town unexpectedly can be eerie. Houses which were well lived in homes, have fallen into silent disrepair. And yet others appear to be in near perfect condition. The abandoned villages, boarded-up houses, shacks, and barns, each in their own state of disrepair, echo of time as you bare witness to the steady re-emergence of nature.

Many lost and abandoned gems can be found in and around Lount and Machar Townships as well as the surrounding area. Sometimes you just never know what you’re going to find while you’re out hiking. Lost communities, abandoned schools, even abandoned cars can be found in the unlikeliest of places. It’s an area full of mystery and inspiration. Lost communities in and around the expansive area hold a unique opportunity for inspiration that any creative-mind would relish.

Photographs included with permission by the photographer Seth Anderson.  To view more of Seth’s photos on flickr click here and for more Frostpocket photos (by Seth Anderson and others) click here.

Kaila Gallacher is a freelance writer and editor living in beautiful Ontario, Canada. She’s been published in several magazines and also runs her own blog (thislifethisloveblog.wordpress.com). She also works and writes for the ILC Charitable Foundation which aims to help children and families who deal with life-altering chronic pain diseases.  Kaila is an active member of the Barrie Writers Club. Time not spent writing is spent reading or outside enjoying her natural surroundings.